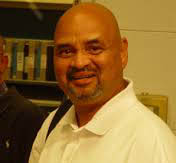 The free concert begins at 2 p.m. on the fifth floor.  Angelus Plaza is located at

255 South Hill Street in Downtown L.A.  This annual event is sponsored by AGA.  Donations are welcome.

During a celebrated career that spans six decades, the world-class drummer has

such as Nancy Wilson, Ella Fitzgerald, Betty Carter and Sarah Vaughan.  His vast discography has earned international acclaim.  An ever-driving force, McCurdy stokes the fire with timely rim-shots and accents.

Culture Monster All the Arts, All the Time -- Charles Owens, spreading the (J)azz faith worldwide -- For Charles Owens, it’s all about (J)azz - by MetalJazz.com's…See More
Wednesday
1 Comment 0 Promotions