Even the Taper Gets the Blues 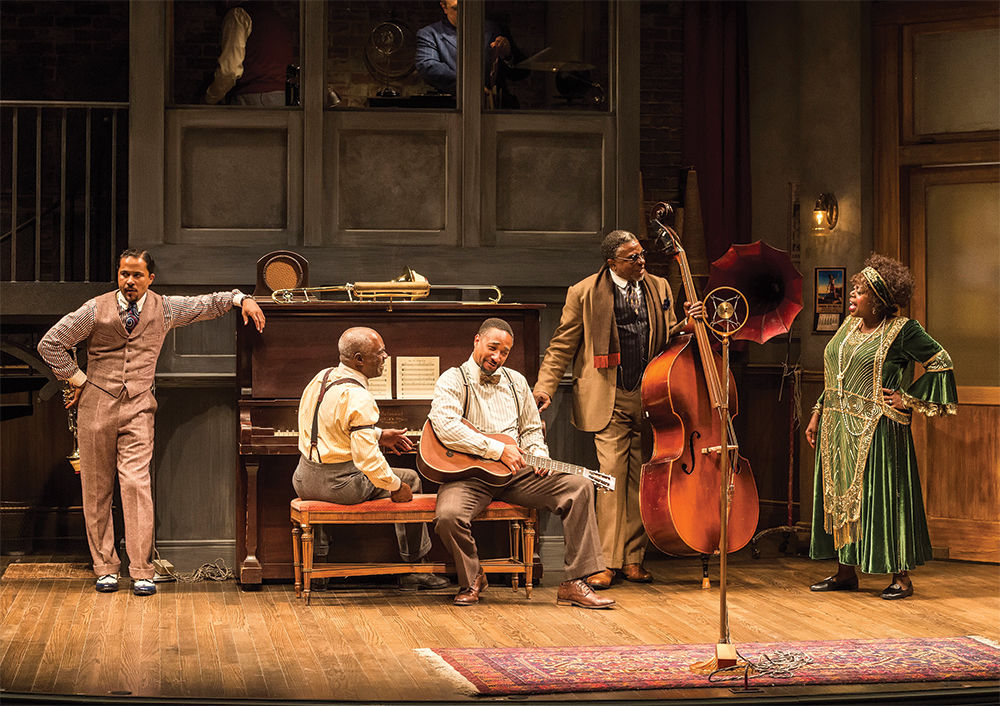 Glynn Turman (second from left) plays the pianist Toledo and

DTLA - The blues is a quintessentially American genre, drawn from African-American musicians in the South, and popularized around the United States in the 1920s. As the name implies, the blues is full of woes, lamentations, conflicts and struggles, whether of the personal or societal variety. Just listen to Muddy Waters, B.B. King, John Lee Hooker or some of the other legendary artists.

While the blues is an aural medium, this week it takes on a visual dimension, too. That’s because the blues is front and center in Ma Rainey’s Black Bottom. The 1984 August Wilson work that uses the genre to tell a story of ambition, despair, exploitation and racial politics opens at the Mark Taper Forum on Sunday, Sept. 11 (previews are already underway). The show, which represents the ninth time that a Wilson work has been mounted by Center Theatre Group, runs through Oct. 16.

Ma Rainey is directed by Phylicia Rashad, the TV and film veteran who last year helmed the Taper’s production of Paul Oakley Stovall’s Immediate Family. Set in Chicago in 1927, the plot centers on a recording session with real-life blues singer Ma Rainey (played by Lillias White) and the four members of her band, including pianist Toledo (Glynn Turman) and the young, ambitious trumpet player Levee (Jason Dirden). While waiting for Rainey to show up, the members turn to jokes and discussions of daily life. Tensions rise. And that’s all before Rainey and her entourage arrive, ushering in another set of conflicts.

Jo- Koo of DojO- commented on Jo- Koo of DojO-'s blog post Latest/Breakin' News: Andrew Yang "Debate Winner" - June is Pride & YANG for N.Y. Mayor Month ~
"New Yorkers will head to the polls this Tuesday to cast their ballots for Mayor.    If the early vote totals are any indication of what’s to come on Election Day, our position in this race is neck-'n-neck w/ our…"
Sunday

Jo- Koo of DojO- commented on Jo- Koo of DojO-'s blog post Latest/Breakin' News: Andrew Yang "Debate Winner" - June is Pride & YANG for N.Y. Mayor Month ~
"Our campaign is set to make New York City history! But we need your help.    We’re currently 512 donors away from reaching the most individual donors of any Mayoral campaign in NYC history!   If you…"
Jun 18